Wishful thinking is the desire to achieve something lovable hindsight, whether it is possible verification, such as: "Late Zaid based", or is not possible, such as: "Oh, I wish( Late) days of boyhood comeback. Wishful thinking may get is the use of a tool, I mean to be wishful thinking implicitly, but in the words of famous Arab style wishful thinking be mediated tool "Late", which is the original instrument. The studies in this research heading towards the Qur'anic expression; since received a fourteen verse where he got wishful thinking tool "I wish." The envisaged in the study to detect the meaning of wishful thinking or the reason of use or circumstance and then figure out the method of raising these things, so consider installing a tool and its parts. Has been shown to me in this research that the statement wishful came in these verses, which carries two purposes; one mundane, "I wish I was with them," "I wish died before this", " Oh,We wish( Ya Late) like his might," and the second hereafter; been included in other verses all. It was also found that the "Late" was inherent for "Ya" appeal ,and "Ya" speaker in eight verses contexts indicates severe pain and heartbreak too, a reference to the power of words, "I wish" and accuracy in the expression of those suffering It appeared that this correlation in all verses, led to enrich the text added to the senses wishful thinking, distress, alert, The Cry and remorse and regret intensity. And appeared to me also that the name of "Late" did not appear in Qur'anic expression on one image, came conscience of the speaker once, and conscience of the speakers again, and conscience of the absent third time, and a name solo fourth time, according to the context in which it appears this tool.And also showed me that the name "Late" came her solo is not late for the newsworthy once, which says: "Oh, nationalist." As he had witnessed came varied, between the verb sentence, and semi-sentence. 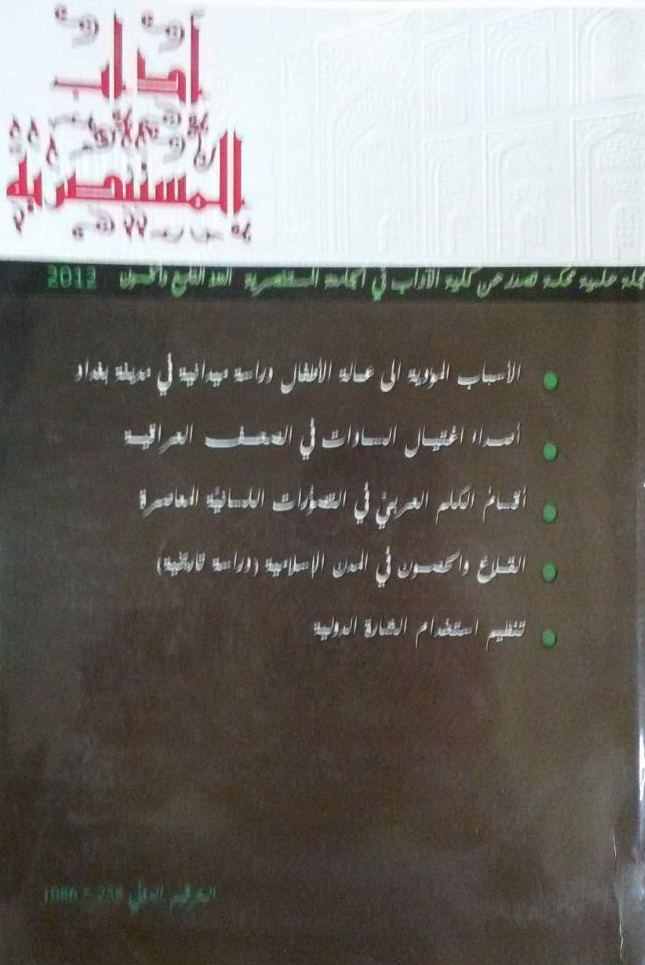